Why is abortion the biggest Serbian problem?

According to evaluations, 120.000 abortions are carried out in Serbia yearly, and almost half of that numer are born babies. From his point of view, actor Zoran Pajić is writing about that overwhelming statistic. He faced that problem while working on a theater play RED: A Suicide of the Nation.

When she heard that a baby girl was born, my grandmother used to spit and say: “Another goddamn female. If she knew what is waiting for her, she wouldn’t be born.” She didn’t have that luck to have a boy, but two girls. She precisely knew what was waiting for my mother in this male world. My grandmother knew that she’ll have to raise the child herself, even beside the husband, and that she will have to hide a bottle of whiskey from him when he comes home drunk, after a few nights of carousal. 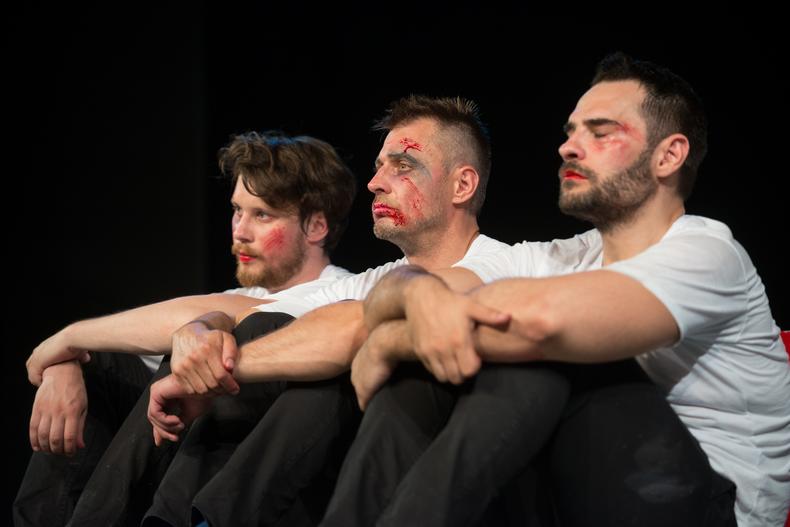 That she’ll have to take the child to the doctor herself, to hide money for kid’s shoes and to hide from people, so they wouldn’t see the bruises on her face. Even when my grandmother would complain to somebody, nobody would give her advice to run away from such marriage, let alone to report to the police, because such marriage was something that was implied. He’s a man, he has to drink sometimes and lift his hand on a woman. Besides, where will she go, illiterate and with two girls in her arms. Back to her alcoholic father definitely not, she couldn’t wait to run away from that house. Be silent and suffer, that’s life. Well, that life have welcomed my mother as well. Except, she gave birth to a son. They’ve told me that my grandmother has treated the whole village when I was born. He’s a male, he won’t suffer in his life. But it wasn’t easy for me either in such male world, where father was more on business trips than at home. When he would come home from his trip, he’d either be tired or drunk, or fought with mom. And my mother tried to escape such marriage, but when she would complain to her father, he’d tell her to shut up.

As the only son, I never asked my parents to give me a brother, or a sister. Once, when I was young, I learned the conversation between my mother and my aunt, who asked her why she won’t give a birth to another child. My mother defended herself, saying how she doesn’t want to because there’s nobody to raise that child with, and how she won’t let that child suffer for his father and grow in same surroundings as myself. When she was asked the same question in my presence, she’d say how she couldn’t love another child as much as me. Later, I thought how would my brother, or sister look. I couldn’t picture either of them as happy and satisfied people. 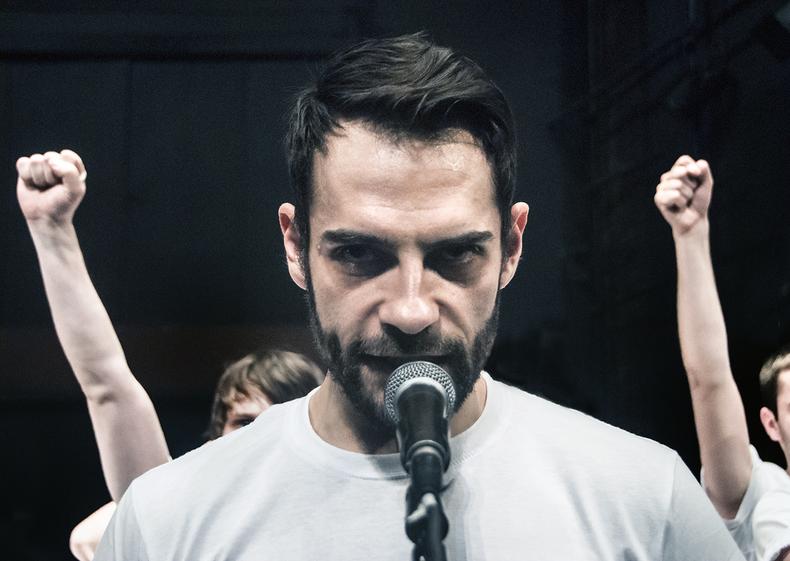 When I started working on theater play RED: A Suicide of the Nation, which is talking about violence against women and abortion, I asked my mother whether she had an abortion. Shyly, she said yes. I found out that some other women in my environment had an abortion, several times, and while they were talking about it, I sensed their pain that, even after many years, won’t disappear. Whatever was their reason, I didn’t judge them. It’s their right, their reasons and I understand that. I understand why my mother had an abortion, why she didn’t want that unborn child to feel her pain and sorrow. That sorrow that I could sense in those women in my environment. I understand because I know what would my unborn brother or sister go through, if they were born in a destructive family, in a surrounding where women are supposed to be silent and suffer, and if she would speak out or resist the man, she’d be characterized as a whore, or a witch. In a society where men who cry, or show any kind of emotion, are either gay or pussies. I have to honor todays parents because state and society are rather complicate, than help them raise the child. But we shouldn’t judge those who from infirmity, or any other reason, want to abort.

Several times, I’ve asked my mother why she stayed in such marriage. She had my full support, so I didn’t accept an answer in which she says it was only so I’d have a father. At the end, it all comes to one answer – it’s fate. It’s an answer that I’ve heard from many women. It was written, it’s our destiny. Only for that reason, I don’t believe in fate. I don’t believe that it is destined for a woman to be beaten until death. I do not believe when, on her funeral, people justify the wrong by saying – it’s what fate wanted. Those people exactly, should report violence, should not judge her if they’ve heard she had an abortion, should not look away when they see her in bruises. They should help, report violence, understand, because we are the creators of our destiny. Nobody else. We are the ones who hold life in their own arms.

I tried to explain that to my mother, but she didn’t understand. She didn’t understand because society and environment made her believe that women worth less. I hope that future generations will understand that a woman is not destined to suffer, to feel shame and punches. She is the one that can leave the tyrant and save her children from such marriage. She is the one that make decisions in her life, not that damned fate of women in Balkans.