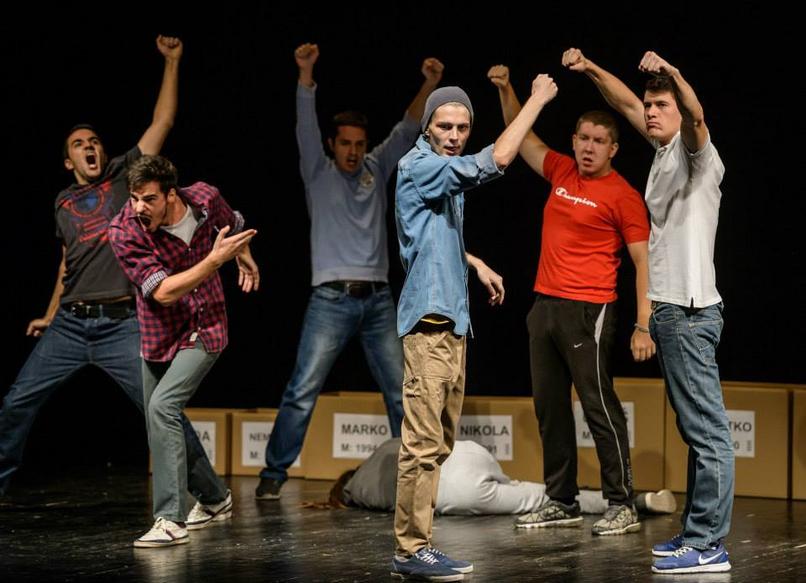 Theater play Macho Men celebrated its fourth birthday in Priština, and actor Nikola Pavlović wrote about that experience for Noizz.

If somebody have told me that, in summer of 2012, I’ll step by an audition for a play and get a “part” in it; that on 30th November the same year it’ll have a premiere in Bitef theater; that, from premiere to its fourth anniversary it’ll be played 95 times in more than 33 cities, in front of 17.000 people; that I’ll have a chance to travel with it to Bosnia and Herzegovina, Montenegro, Croatia, Slovenia, Hungary, Germany, Italy, Switzerland; and on 30th November 2016, play’s 4th birthday will be celebrated in Kosovo; I’d say: Yeah right!

The story about visiting Kosovo existed since the beginning of our work on the play and whenever that would be a subject of our conversation, I felt some kind of nuisance, fear and deeply inside, I hoped that wouldn’t happen. News about Kosovo that I’ve stumbled upon were not pretty and I never thought of visiting Kosovo as a tourist, let alone stand on some stage and act in front of the public. The main reason I wrote in past tense is that this exact text is being created in Kosovo. 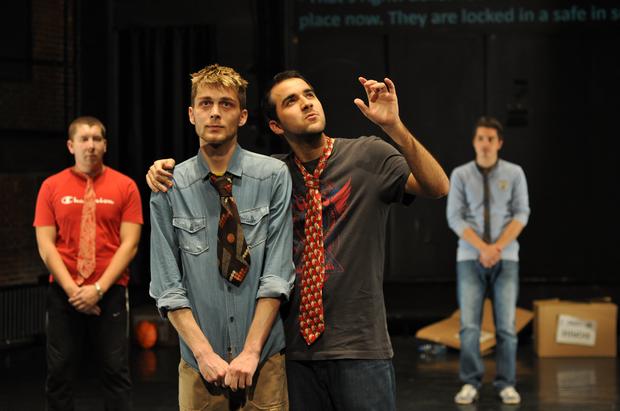 In meantime, I decided to follow my dreams, to crush some stupid fears and try to enroll into university of arts here, in Kosovo. In 2015., I’ve succeeded and that is the beginning of my student life here.

Our first visit to Kosovo was in November, a year ago, in Gračanica. Given that, at that time, I was already here for university, and was familiar with the situation, so I’ve felt the need to instruct my friends and crew, because it’s not how they say it is. There was a dose of fear present, but we knew it’s our people and nothing can happen. That’s how it was, and the performance went very well!

A year after, my crew came to visit again, with same reason. The place of our meeting was Gračanica once again. We have proven that Gračanica was already “conquered” and that they love us. But, the following day, maybe the biggest challenge was in front of us. Our first performance in Priština. 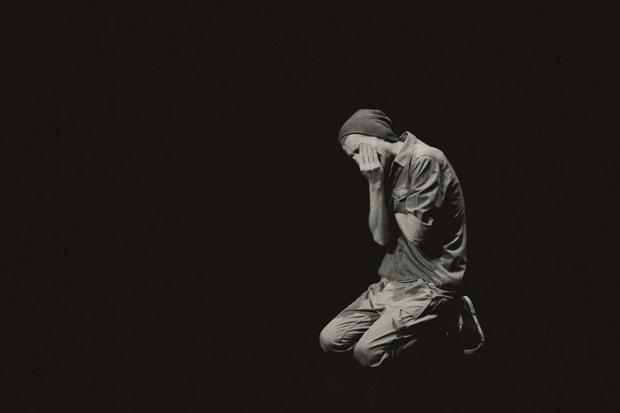 In play, there is a scene that we call HISTORY CLASS, where we talk about events that have happened in Serbia, Balkans and the world since 1990. to 2012., that maybe had an impact on our growth. As we didn’t know how public would react to some parts of that segment in Bosnia, when we talked about war and Srebrenica, in Croatia when we talked about operation Storm, we feared how will public in Priština react when we talked about Kosovo. Maybe we’ve feared it the most, since we knew that tension between Serbs and Albanians still exist here, today. When we entered Priština, we began to get excited with the city itself. How different and more urban it is, than any other places I’ve visited in Kosovo. Walking through the main promenade, we had an impression that we’re in some European city. Everyone was minding their own business. Nobody was looking at us as if we’re weird, even tho we were speaking Serbian. We began to feel more relaxed. The preparations for the play are beginning, we enter our boxes and wait for the public. Nobody knew how many people will come, will they even come and will they leave in the middle of the show, whether somebody will say something or even physically attack us. A bunch of thoughts are going trough our minds, and a bunch of solutions as well. A full auditorium of Teatri Kombetar and all eyes on us. We’re starting. 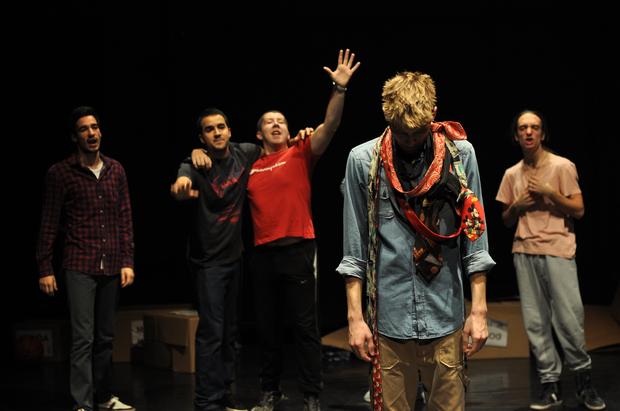 On first lines, already, the reactions of the public are beginning. Positive reactions. Everything’s okay and public is accepting us. We feel the good energy, so we became great. We didn’t care about anything else, but to perform in the way which only we know. Applause, emotion, laughter and, at the end, whole auditorium on their feet! It seems they love us here as well! Indescribable feeling of happiness! We’ve “conquered” Priština as well! HAPPY 4TH BIRTHDAY, MACHO MEN! The following day, I finally became aware of everything… Thank you, Gračanica, thank you, Priština! If somebody have told me…